That’s a lot of zeroes.

It’s remarkable to think how far the company has come since its beginnings. Early on, Apple co-founder Steve Jobs could barely get anyone to finance his fledgling company, which he operated out of his garage with business partners Steve Wozniak and Ronald Wayne. Once the company did get funding, success was seemingly not in the cards, as roadblock after roadblock stifled any chances of the company truly succeeding.

Even when the company did achieve success, it quickly lost it, with bad business decisions and poor management resulting in Jobs being forced out of his own company in 1985. But then, in 1996, Jobs came back to Apple with a vengeance, introducing the iMac in 1998, the iPod in 2001, and the game-changing iPhone in 2007.

Now, Apple is the richest and most profitable company in the history of commerce.

How did they do it?

Tried-and-true business methods anyone can use

Apple doesn’t have some secret weapon it keeps locked away from the rest of the world. Yes, Steve Jobs was a brilliant businessman and his intelligence and charisma could be described as “magical.”

But ultimately, the tools Apple uses to succeed are very basic — it just uses them so exceptionally well that it seems like magic.

Even though you might not know an iPhone from a Samsung Galaxy S9, and Apple might not have anything to do with selling homes, you, too, can reap the benefits of Apple’s strategies. All it takes is organization, dedication, and the ability to see a few steps ahead!

Here are five proven methods Apple uses that you can use to make your real estate business a thriving success!

Let others do the work first

But that’s not the case!

In reality, there are dozens of prominent smartphone makers on the market with advanced technology the iPhone doesn’t have. There are smartphones with fingerprint sensors underneath the glass, so a simple tap on the screen authenticates who you are. Some phones are completely all display with no sensors on the front at all – just screen.

There are phones made of ceramic, phones with three cameras on the back and two on the front, phones with snap-on keyboards, and phones more powerful than the average desktop computer.

The iPhone can’t claim any of these features. But you know what? Apple doesn’t care.

In other words, Apple lets other companies do the experimenting, learns from their successes and mistakes, and uses that knowledge to one-up the companies to make an even better product.

You can follow this model by keeping a close eye on your competitors. What are they doing? Is it working? Is it something you can duplicate or even improve upon? You don’t need to try to do everything; you only need to do what actually works. That’s why Apple is always on top!

When you think about it, Apple has five major categories of products: smartphones, tablets, wearables like the Apple Watch, computers, and entertainment systems like Apple TV. Everything the company creates falls under one of those headings.

Even under those categories, there’s not much going on. The company only makes one smartphone — the iPhone. It makes one tablet — the iPad. It makes a few different computers – the iMac, MacBooks, the Mac Mini, etc. — but it only makes two wearables, the Apple Watch and the AirPods.

In other words, Apple is the world’s most successful company, and it only makes maybe two dozen products? It doesn’t even update those products every year!

This is the old “less is more” approach. Since Apple keeps its portfolio small, it can be laser-focused on those products. The company doesn’t have to worry about making several dozen different smartphones the best they can be; it only has to worry about one. That one product is the money-maker, so there’s no reason to have any other products!

You can take advantage of this philosophy, as well. Take a look at your workday: how much work are you doing that actually makes you money? If you go through your calendar or your files and realize something doesn’t earn you a profit — either financial or otherwise — you need to let it go. Focus instead on the stuff that works and then ride that hard.

It’s called trimming the fat, and Apple is so good at it that it turned five products into an empire.

Know what the customers want

Why is that? Why are people so passionate about their smartphones?

In the case of the iPhone, Apple knows what customers want and sells it to them.

That may sound so simple, but it’s true. Apple figures out what its customers want and then sells that product to their customers. That’s all it takes.

But, of course, the tricky part is knowing what the customers want! In the case of Apple, the team of designers simply ask themselves: “What do we want?” Jony Ive, the lead designer at Apple, created the iPhone as the smartphone that he himself would want to use every day.

How often have you asked yourself, “What would I want from a real estate agent if I was buying a home?” You should be asking yourself this every day! Whatever it is you would want, that’s what you should be providing to your customers. After all, if your service is something you yourself wouldn’t buy, then how good of a service are you really offering?

Focus on feelings, not on numbers

This credo ties into the previous section. You might know what customers want overall, but how do you prioritize what you give them?

The most important things to give your customers have to do with how they feel, not with stats, facts, or figures.

Apple excels at this in so many ways. For example, the company spends millions of dollars on designing a phone that feels good in your hand. In fact, what the phone actually does is only secondary as far as the design team is concerned. After all, if the phone can do a million technological things that are incredibly amazing, it won’t mean anything to people if they don’t first just want to hold the thing.

You can use this strategy to your advantage, as well. As an example, let’s say you’re selling a home with a huge 700-square-foot kitchen. Telling someone that the kitchen is 700-square-feet sounds impressive, sure. But it’s just a number — and numbers won’t make them feel anything.

Instead, tell them that the kitchen is large and open, which will allow them to comfortably cook delicious family meals together with their spouse and children. Now, you’re not just giving them numbers; you’re helping them to feel something about the home, namely the happiness of a familial gathering in the kitchen.

Remember that in Apple advertisements, the company doesn’t promote how fast the iPhone’s processor is, or how much RAM is inside.

It shows you the elegant curves, the beautiful design, and the solid craftsmanship that makes you feel like you’re buying something worth the money. That’s all that matters.

When Jobs was on stage showing off his latest product, he kept everything focused on that one thing. He talked with the audience in a direct, friendly manner, and told them about how this new Apple product was literally going to change their lives.

As a real estate agent, you have to give presentations all the time, and you should be looking at people like Steve Jobs, Tim Cook, and the rest of the Apple presentation teams for inspiration. These people are the best of the best at getting people excited about what they have to offer — so much so that people around the world wait for hours overnight to buy their products.

Sometimes, though, watching other people isn’t enough. Sometimes, you need a guiding hand to give you practical advice on what to say, how to organize your slides, and how to better position yourself as an authority when you’re trying to land a listing.

That’s why we created our Instant Listing Presentation. It comes with step-by-step training on how to present your listings in such a way that you get realistic prices. It teaches you how to be an authority in your market, and — most importantly — how to successfully close deals and make more money!

Plus, it’s completely customizable to you and your business.

Little things like this can make or break your business, and it’s essential you know how to do things the right way! Steve Jobs knew it, Tim Cook knows it, and now, you know it, too! Click below to order our Instant Listing Presentation and Sales Training Guide to start making your business the Apple of real estate!

Joe Nickelson is a real estate professional dedicated to helping home buyers and sellers achieve their real estate dreams, and helping real estate agents stop using the sometimes-vicious tactics that weigh on their consciences. He believes that the Smart Agents books will, quite literally, change people’s lives for the better. Check out his full bio here!

Joe Nickelson was raised in North Florida with his six siblings. Although he graduated high school early at the age of 16, his family could not afford to send him to college. Instead, Joe started working as a landscaper — a tough job with long hours, built on sweat. But Joe was taught at a young age that if you want something in life, you have to work for it. So that’s what he did. And he worked hard. As the years went by, Joe went from laborer to owner of a landscaping business. That company became lucrative; at its peak, there were multiple locations with an enormous client roster. During this time, Joe was buying and selling real estate, both for his business and for his personal use. As a business owner, he was shocked to see the poor customer service skills of real estate agents he worked with. Sensing an opportunity (and a new challenge), Joe sold off his stake in the landscaping business and became a Realtor, determined to be the kind of agent he would want to hire. Read More... 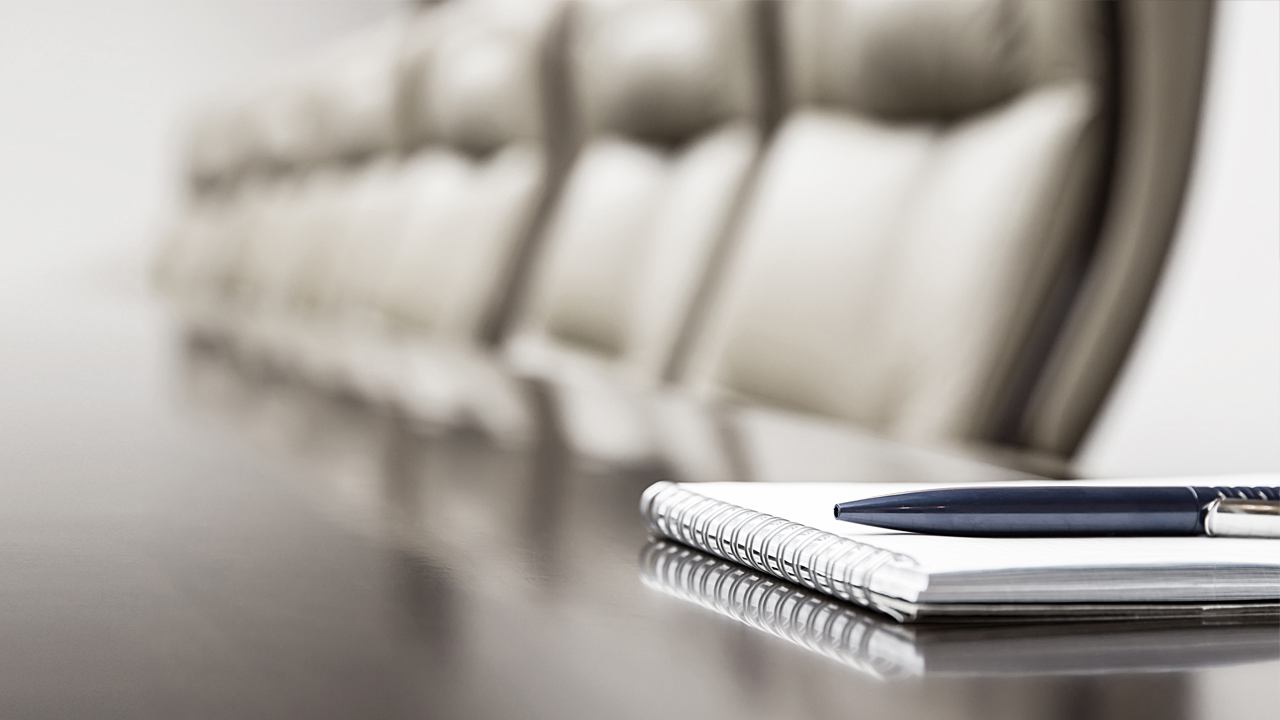 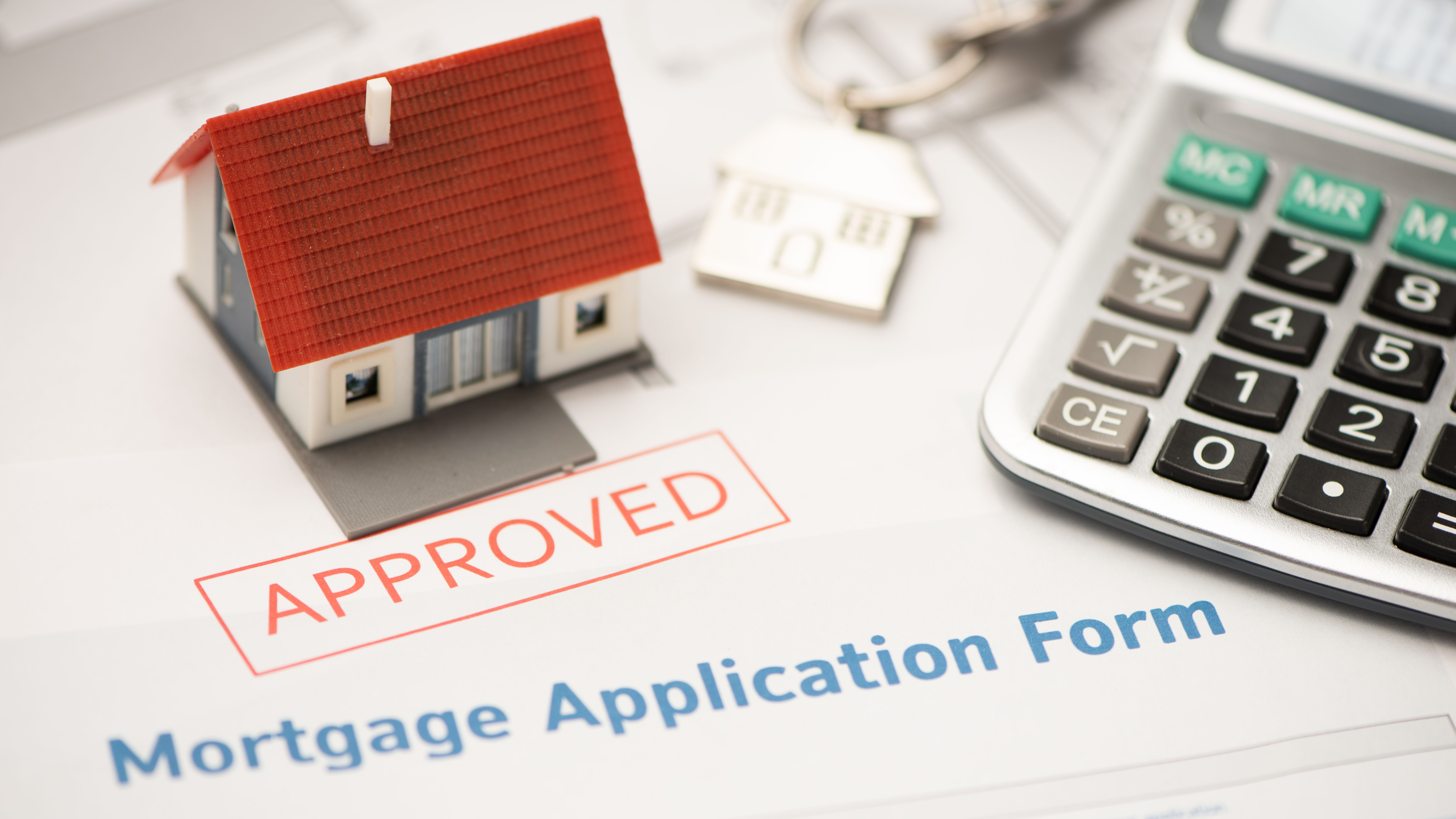 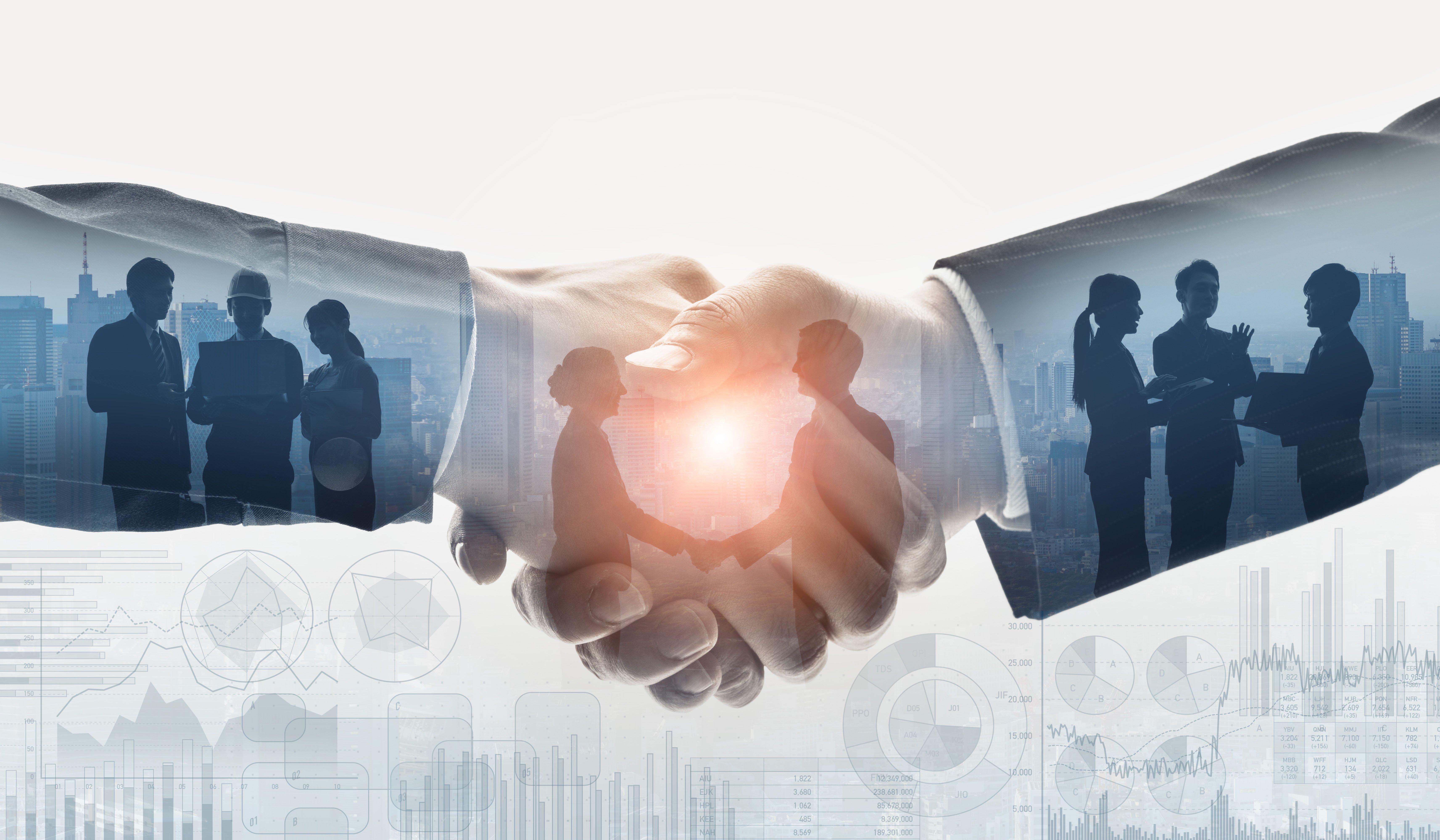 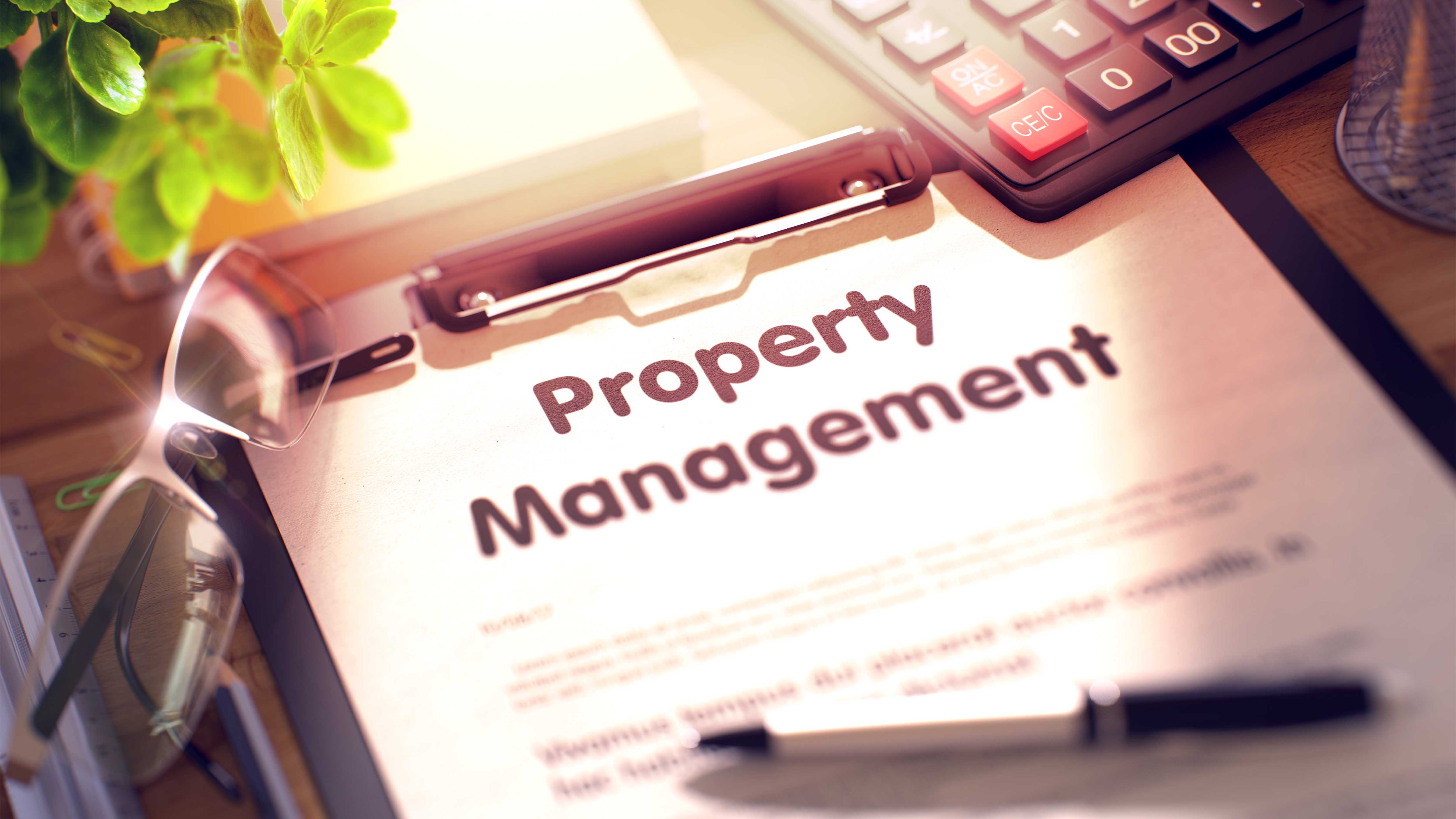